USGRDCO is led by Jacob Worenklein, one of the world’s most respected leaders in the power-generation space. He structured and implemented some of the largest deals in the world in power generation and has led the investment of over $100 billion in power and energy assets. Jay has assembled a highly experienced and talented team with complementary skill sets in finance, power generation and renewables. 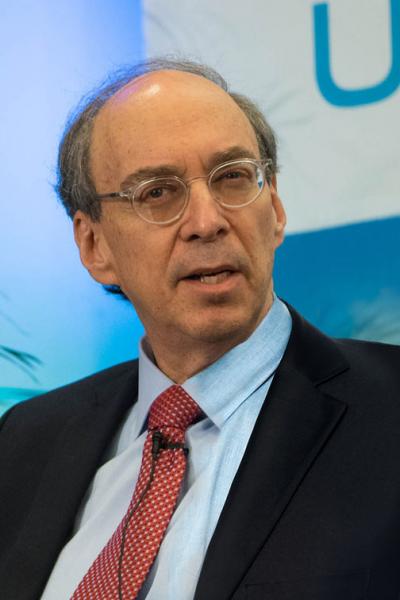 Mr. Worenklein is one of the world’s most respected leaders in the power-generation space. He has devoted the entirety of his career to the solution of major problems in the energy and infrastructure sectors. Over his career, Jay has been responsible for structuring and investing more than $100 billion in power and energy assets.

As CEO of US Grid Company, Jay played a key role in 2016 in saving the Fitzpatrick Nuclear Power Plant in New York state from shutdown, resulting in a major long-term reduction in carbon emissions. He worked with the New York governor’s office to prevent the plant’s shutdown. He negotiated for USGRDCO to buy the nuclear plant from Entergy and to lease it to Exelon as operator. He then arranged for the sale of the plant by Entergy directly to Exelon, acting as advisor to the companies.

He served from 2017 to 2020 as Chairman of Ravenswood Power Holdings, which owns and operates the largest power plant in New York City, a 2,000 MW gas-fired power plant with plans to increase capacity to over 2,300 MW through the addition of battery storage.

Prior to forming USGRDCO, Jay served as the founder and CEO of US Power Generating Company, where he managed several of the largest power plants in New York and Boston, representing more than 5,200 MW of power capacity, providing half of Boston’s power supply and 20% of New York City’s power capacity.

Jay began his career as an attorney at Milbank Tweed Hadley & McCloy, where he practiced for 20 years, represented all of the electric utility companies in New York state and many of the largest power companies in the United States, and formed and led the firm’s global power and project finance practices. While he was at Milbank Tweed, the firm played a major role as counsel to many US utility companies as well as other developers and financiers responsible for most of the largest power project transactions in the US and the world.

In 2002, Jay was the recipient of the first Lifetime Achievement Award presented by the Infrastructure Journal. The award was presented in London and recognized Jay's contributions to the development and financing of energy, natural resources, water, transportation and other infrastructure in the US and throughout the world.

He has served as a trustee and member of the executive committee of the Committee for Economic Development, as a member of the Council on Foreign Relations and as Chairman of The Interfaith Alliance.

Mr. Sharma has over 19 years of investment banking, mergers and acquisitions (M&A) advisory, and investment fund management experience. As a Managing Director with Marco Polo Securities, Vishal was focused on providing global investment banking, asset management and family office advisory services. While at Lehman Brothers, he worked with the Global Power Group in New York providing investment banking and M&A advisory services to US and European utilities. He also worked with Lehman Brothers’ Debt Capital Markets group in the UK, where he helped raise over $40 billion in debt securities globally.

In the past decade, Vishal was involved in the formation and build-out of Saffron Capital Fund, a US-based cross-border fund (cumulative AUM $500 MM+), focused on financial services, energy and technology investments, with net annual investor returns of over 23%. Vishal has a mechanical engineering degree, an MBA from IIM (A) and is a CFA charterholder.

Prior to the formation of USGRDCO, Mr. Sheffey served as in-house counsel at US Power Generating Company and previously at Global Crossing. David has an in-depth understanding of the energy industry and regulated industries, with extensive operational and compliance experience. His sensitivity to the needs and challenges that corporations face brings USGRDCO strategic “real-world” leadership and guidance in a variety of situations.

David advised US Power Generating Company’s leadership through the planned initial public offering of the company, managing all legal aspects of the IPO. In his prior legal practice, he focused on large-scale corporate restructurings, including the bankruptcy and restructuring of Global Crossing.

David was awarded an undergraduate degree from Yeshiva College. He is a graduate of Benjamin Cardozo Law School.

As chief innovation officer, Mrs. Lotan brings forth her wealth of experience in research and strategic thinking in order to help shape USGRDCO’s business development strategy and advance the implementation of the company’s decarbonization goals.

Morielle is responsible for managing the innovation processes within the company by identifying strategies, business opportunities and proven technological advances that are crucial to the company’s successful transition to a net-zero carbon grid. She is responsible for creating and fostering critical relationships with private and public sector stakeholders in order to establish decarbonization goals that are ambitious and at the same time actionable, focusing mainly on energy storage and offshore wind.

Prior to joining USGRDCO, Morielle worked as a nuclear strategy researcher and is a published writer. As Executive Director of the honors program in Strategy and Decision making at the Interdisciplinary Center (IDC), a leading academic institution in Israel, Morielle formulated and managed projects for the Strategic Planning Department of the Israeli Defense Forces (IDF), Ministry of Foreign Affairs and National Cyber Bureau. In addition, she was the project manager of key private sector innovation initiatives for companies such as McKinsey & Co. and Deloitte.